Footye Rari North is a rapper. He is notorious for spamming feet pictures into the general chats of every server he is on. Like Lama Doodle, he was kicked on November 2019 due to doing nothing but harm for the label and it's community.

Footye Rari North was born on September 7, 1977 in Birmingham, Alabama. He was born into a family of 3 brothers and in fact was the oldest. He learned to sing at an early age due to his passion for making music. At the age of 23 he met a young Submarine Man and met Lama Doodle soon after.

*Information is based on the disputed Old Man Dad Records website

In 2018 it was said Footye North had 10 albums on the way for release.[1] He also signed to Old Man Dad Records after being told about it by Submarine Man.[2]

On January 2019, he was transferred over to Flex Entertainment after the demise of Old Man Dad Records during the merger.

On November 2019, he was kicked from the Flex Entertainment record label due to his inability to produce any music that was critically or commercially successful as well as his behavior to other Flex artists such as sending them foot pictures.

On August 26 2020, he made his new youtube channel and released a song the following day.

Not much is known about Footye's personal life. 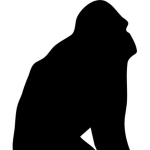