What's on your mind?

I know to many of you I seem like a troll right now and I respect that and you probably want me to leave you alone but I really think I should say some things. It's nothing bad, I just want to say something.

Let me get this right: ever since October, (I believe) I've been posting rude comments and causing drama, along with being rude to certain Discord members, on wikis. I was even rude to EMBEE, who made a few disses on me. CRZFawkz, Lil French Fries, Lil Mosuito Disease, Beetlebat, MC Icy, Yung Lambo, TheDankestMeme, MusiklyGyfted, Big Lil, Yung Garfield, and a lot of others claim that i'm one of the most unoriginal, worst, and downright awful rappers right now and I ain't going to lie, I'd really like to get some real production on my songs. No boom bap, just trap. I want to set things right but I think I've waited far too long to make a decent change.

I know a lot of people reading this are going to the comments and are going to say that I'm a horrible person, which is true. I've done some horrible, just...HORRIBLE decisions and I should feel bad for myself for even thinking about making the decisions that I've made. I'm an awful person and I'm not proud of myself. I've realized that this act that i've been pulling has been doing nothing but bad.

I'd really like to make this up, but like I said, I think I've waited far too long to actually make changes. I can't believe I've done this to myself... I'm also going to agree with EMBEE, I need to chill, like I was back in March of 2019.

Due to of all this, I think a break should be neccessary.

Is That Yo Girl?
Your Spouse at my House
Jesus
Earth 2 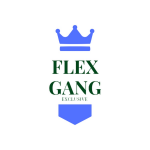 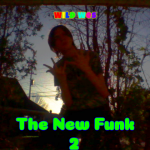